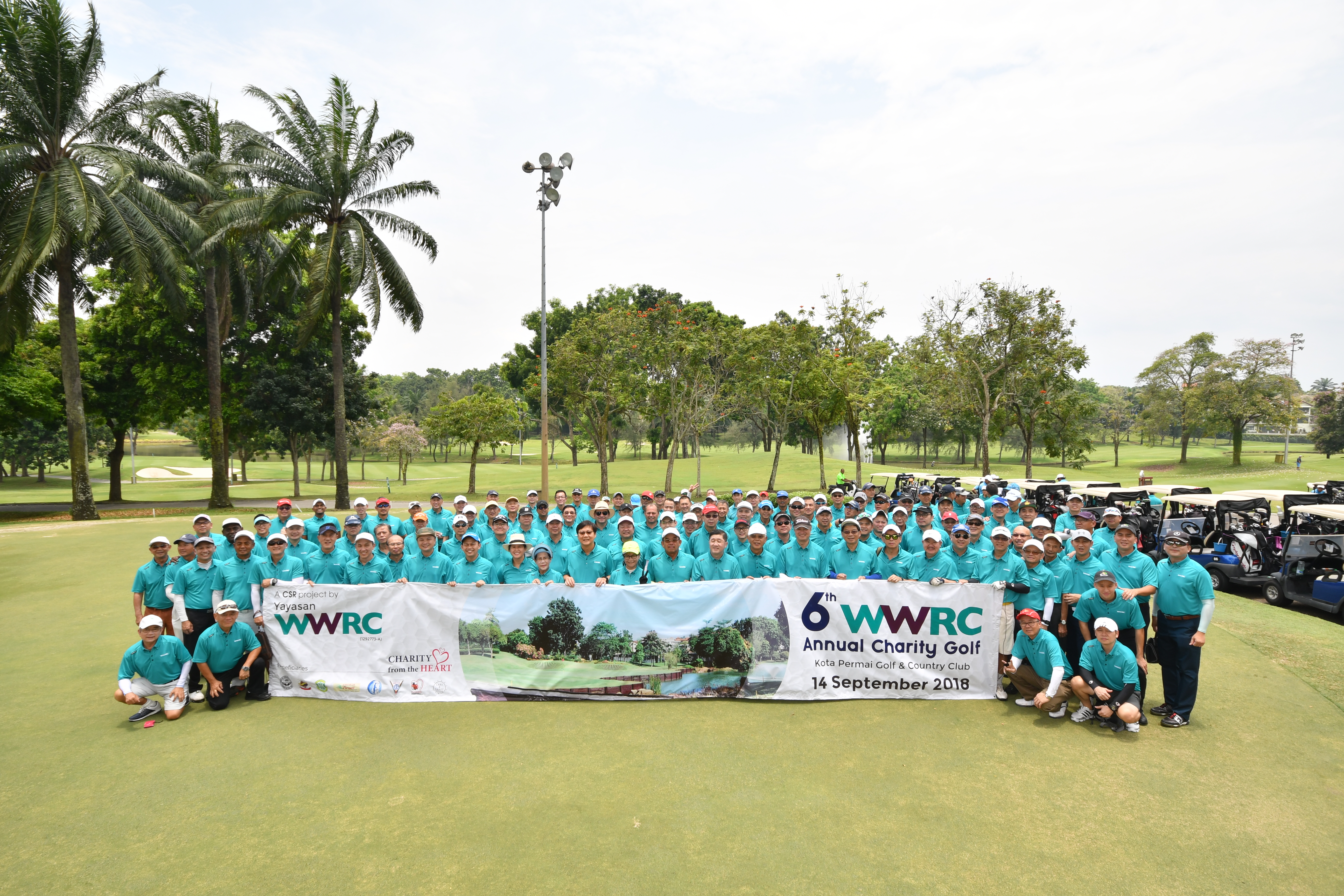 And this year the event was marked with the launch of its Yayasan WWRC when the Minister of Primary Industries Teresa Kok did the honours.

WWRC Group Chief Executive Officer of Teoh Weng Chai said at the event that before the formation of Yayasan WWRC, the organizing committee of the tournament raised RM2.2mil between 2013 and last year, and had since fund the need to establish the foundation.

“This annual golf event has helped out several charity organization since its inception in 2013.“

It is essentially a friendly golf tournament with a charity dinner where donors, participants and well-wishers come forward to pledge their support.
“It’s also an event that fosters teamwork and relationship building among the participants while also furthering a charitable cause.”

Through this event , the committee has managed to collect a total of RM2.2mil since its start and through to last year,” said Teoh.

He added that in order to ensure that the Yayasan was able to smoothly carry out its charity activities, WWRC Malaysia pledged to contribute RM1mil to Yayasan WWRC.

Kok in her speech thanked Yayasan WWRC for the contribution to SJKC La Salle which is in her parliamentary constituency. The funds provide financial support to enhance and upgrade their teaching facilities.

“WWRC is a firm believer in reaching out and giving back to this communities,” said Teoh.

“As our tagline suggests ‘We Simply Improve Everything’ and that includes our commitment to improve the lives of those in need in our society.”