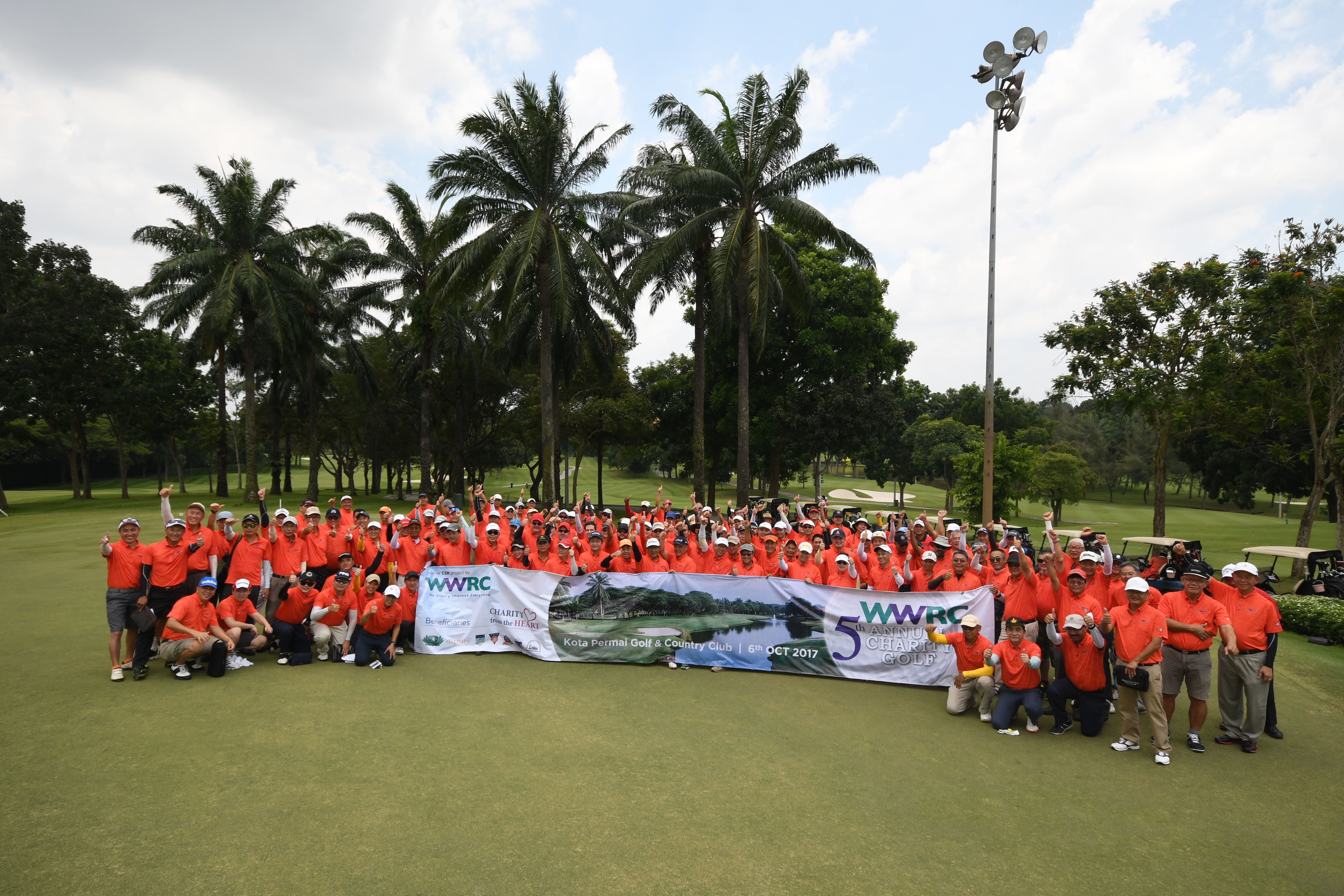 For the past four years, WWRC Malaysia Sdn Bhd has held an annual charity golf tournament to raise funds for the underprivileged and this year was no different.

Unfortunately, the game was aborted due to inclement weather so all the prizes were given out as lucky draws.

Despite the poor weather, though, the event still raised more than RM600,000, surpassing the amount raised in previous years. As a matter of fact, the amount raised every year has exceeded the previous event since it started in 2013.

After the game, additional funds were raised during the prize presentation dinner. They were raised through auctions, which included items such as gold caps signed by professional golfers, an award-winning photograph and a Balinese painting.

A Bollywood dance performance by dedicated WWRC staff during the dinner raised RM62,000.

All of the beneficiaries were invited for the mock cheque presentation.
“The less fortunate remain in need and without contributions from your kind hearts, they unable to enjoy a better life,” said WWRC Group Chief Executive Officer and patron of the event Teoh Weng Chai.

“For all your important contributions, I thank you all graciously,” he added.
WWRC’s tag line “We Simply Improve Everything” stays true not only to their services, but also to helping the underprivileged and needy in society.